Your cart is empty

Our light bites are perfect little meal ideas for you to have in the evening of your cleanse!

We know how it feels... it's very daunting the thought of not eating at all for an entire day! So we've decided to make things a little easier for you by providing you with a few Gluten & Carb FREE recipes for you to have a go at yourself! 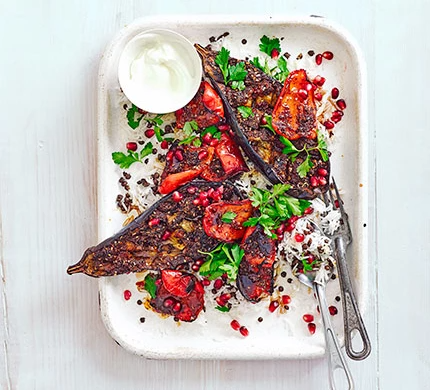 STEP 1
Heat oven to 220C/200C fan/gas 7. Using a sharp knife, score a diamond pattern into the aubergines. Brush with 1 tbsp of the oil, season well and place on a baking tray, cut-side down. Cook in the oven for 15 mins. Add the peppers to the tray, turn the aubergines over and drizzle everything with the remaining oil. Sprinkle over the spices and roast in the oven for 15 mins more.

STEP 2
Boil the lentils in plenty of water until. After they’ve been boiling for 5 mins, add the rice. Cook for 10 mins or until cooked through but with a bit of bite. Drain and return to the pan, covered with a lid to keep warm.

STEP 3
Stir the parsley through the lentil rice. Divide between four plates or tip onto a large platter. Top with the roasted veg, a dollop of coconut yogurt. 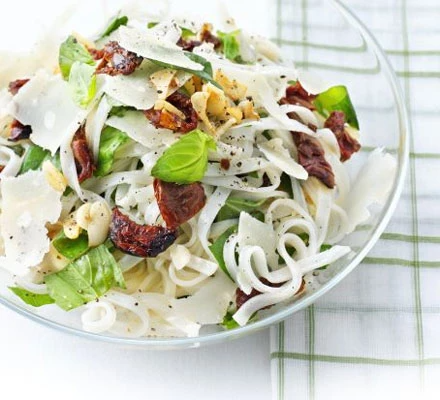 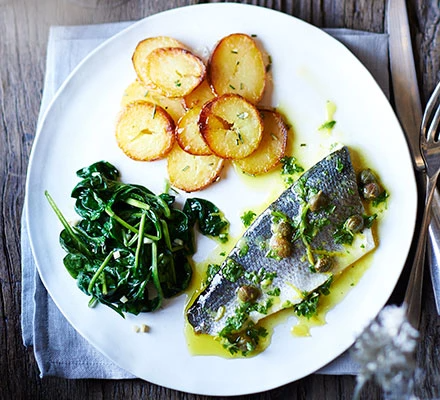 STEP 1
To make the dressing, mix the oil with the lemon zest and juice, capers, mustard, some seasoning and 1 tbsp water. Don't add the parsley yet (unless serving straight away) as the acid in the lemon will fade the colour if they are left together for too long.

STEP 2
Heat the oven to 220C/200C fan/gas 7. Line a baking tray with baking parchment and put the fish, skin-side up, on top. Brush the skin with oil and sprinkle with some flaky salt. Bake for 7 mins or until the flesh flakes when tested with a knife. Arrange the fish on warm serving plates, spoon over the dressing and scatter with extra parsley leaves, if you like. 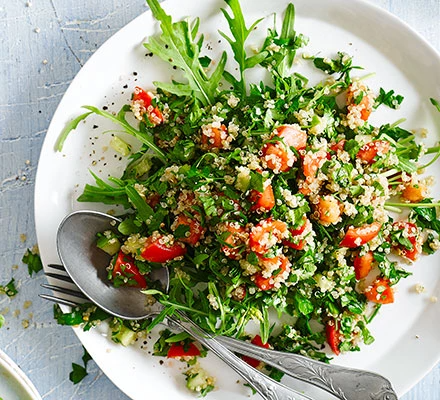 STEP 1
Cook the quinoa following pack instructions, then set aside to cool.

STEP 2
Make the dressing by adding the olive oil, vinegar, lemon juice, vanilla extract, rice syrup, pinch of salt and garlic into a jug and whisk until smooth. Mix this into the quinoa and mix together with all the other ingredients. Serve on a bed of salad leaves.